So join us this post as she goes over the process she went through in completing an illustration for Ladybug Magazine. Enjoy!

Ladybug Magazine, published by Carus Publications, is one of the most prestigious literary magazines for kids. This is the story of how I got my first illustration with them. Without a doubt, the first step was the hardest one: work very hard for a loooong time to be good enough to catch the attention of the editors and art directors. I mentioned in this post about how long that took for me.

Step Two was just like any other project. It starts with the assignment on my drawing table and a blank sketchbook. 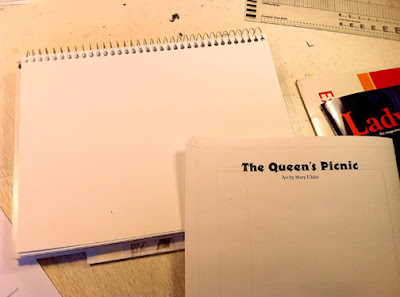 Right away I decided I would knock it out of the park on the silliness. My goal was to put no less than twenty silly things into this 10 x 18 spread.

Here’s what the first sketch I sent looked like: 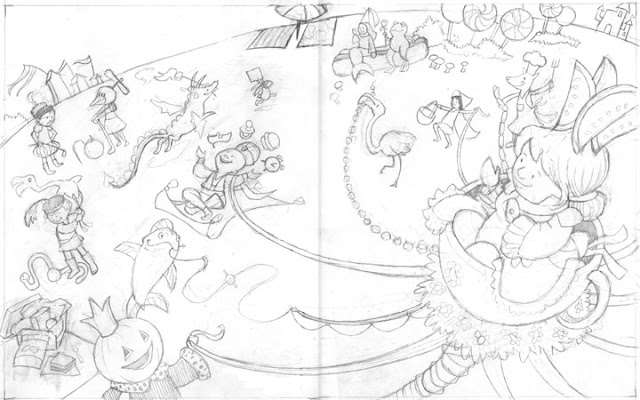 “Whoa nelly” was the response from Ladybug.

Apparently twenty silly things is a little bit of overkill.

They explained, and this made all the sense in the world, that too much crazy stuff made it hard for young readers to figure out where the punch line is. So I de-sillyed.

Here’s the second sketch I sent: 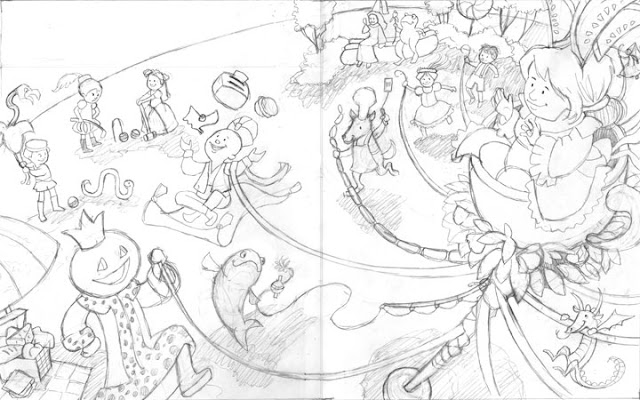