Today we feature a post from Will Terry’s Blog that demistifies getting your book published.  The quicker you get to reality, the more realistic your approach will be to breaking in and the more solid your resolve should be.

Will Terry is an accomplished Illustrator and teacher whose work and contributions to the collective intelligence of the Children’s Book illustrator community is monstrous. Don’t believe me, take some time to peruse his blog and multiple videos that deal with multiple issues for up and coming Illustrators. 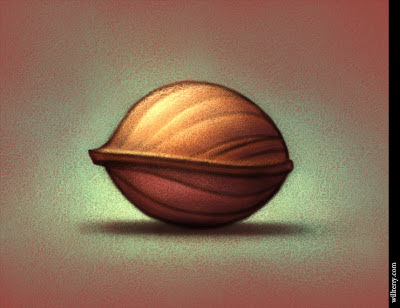 I am often asked, “How can I get my story in front of an editor?” I’ve always tried to answer as best I can without spending too much time on any one email – but in order to tell the story I really needed to spend a little more time. Now I’ll be able to send this link!

You write a story – send it to a publisher – they like it – they hire an illustrator – your book is published – you earn enough money to buy a small island – the end.

An author writes a story instead of watching TV, reading a book, or hanging out with friends. He/she submits it to multiple publishers one at a time with a SASE. Rejection letters come one by one over X amount of time and they are kept in a binder by the author for score keeping. If the author is serious he/she is writing and submitting other stories while waiting for the rejection letter on the first story.

Interns you ask? What the? Yes – the sheer number of submissions is impractical for editors to go through. The interns are instructed to pass along anything they really like. If yours gets passed up to an editor they might read it…hopefully nobody walks into the editors office, phone doesn’t ring, or coffee isn’t spilled while your story is having it’s big moment with the editor.

If they like it they might do a little research to see if there is anything else out there like it. They don’t want to publish a book that’s just like someone else’s –  unless someone else’s book did really well and then your book is exactly what they’re looking for.  If the research goes well they might contact you via email or phone to ask if you’ve submitted it to any other house. If you answer yes they might pass on it right then and there. The reasons would take many paragraphs to explain but if they love it more than their mother they might still be interested.

They might also pass on it if they don’t have room to publish any more books that year- even if it’s the best manuscript they’ve ever read. They might pass on it if books in your genre aren’t “hot” right now. There are an additional 100 reasons why the editor might love your book but send you a rejection letter. You will probably never know the real reason your manuscript is rejected. Sometimes the editors heart is broken over this.

They might ask you to make changes. This means they REALLY like it. Some unpublished authors are resistant to making these changes. This attitude will help them remain unpublished. If the author makes the changes they might take it to an acquisitions meeting. This is the meeting where the other editors are supposed to figure out reasons why they should NOT publish it. This is a safeguard to prevent dumb stuff from being published – so much for safeguards. If the other editors can’t think of good reasons that your manuscript is bad they might decide to send it to the marketing team. The marketing team is supposed to find better reasons why your book is dumb and why it should not be published. If the sales team can’t come up with any good reasons why your book will sink the company they might invent some. This is where the editors and marketing people fight over your book. This is where you wish you could be a fly on the wall.

At this point they might decide to publish your book. They decide what time of year your book should be released and put it on their schedule. You get the acceptance letter. This is the movie quality moment where the skies part, your family gathers around you, all of you cry, there’s also probably a rainbow and you all go out to a fancy restaurant. While you’re eating – the editor contacts an illustrator like myself asking if I would be interested in making pictures for your book.

This is not quite a movie quality moment but still pretty darn cool – I take my family out to dinner but not as fancy as the author’s but most likely a cut above McDonalds.

Sometimes the first few illustrators turn them down and as weeks are burned up – the unlucky illustrator who gets asked last – gets that much less time to illustrate your book. You might be consulted on who they choose to illustrate your book if you have clout. If you don’t know if you have clout you don’t. You might be shown the first round of sketches but again clout has a lot to do with how far inside the loop you get to hover. Feedback is given to the illustrator from the editor and art director – not you. Once all the changes have been accepted by the editor the illustrator is free to work on the final renderings.

Once the final artwork is accepted and any changes are made the illustrator and author are finished. Usually the books are printed in China to save money. The books go for a boat ride to the country of origin and the author and illustrator receive their copies but are still sequestered. (Don’t tell anyone – I like talking to my authors over the phone when it’s all finished – I like people) This whole process can take anywhere from a few years to as many as 9 years. The 9 years is a great story from one of my friends but would probably take as long as I’ve already written to tell.

I wrote this in a snarky tone.

To be clear. I have a great relationship with many editors, art directors, and owners…or I used to

I wrote it this way because I often get asked: “I wrote a book – how do I go about getting it published?” I’ve left out so much and yet look at how many paragraphs I had to use for the nutshell version – AND this is from my perspective – if you picked 10 authors they would all have a different publishing story.

My point in all this is that you can’t expect to write one story and get it published. Most published authors received dozens if not more rejection letters on dozens of stories written over years of trying before they received their first acceptance letter. To become an accomplished writer is a lifelong pursuit – like a professional athlete. The person who wrote a story and wants to get it published traditionally is in for a lot of disappointment unless he/she is in it for the long haul of writing and submitting in their lifetime.

Publishing is a great amplifier for anyone who wants to speak to a large audience. Sometimes it seems like a cold machine. Many times you, I, and the guy down the street don’t agree with what gets published. Sometimes our thoughts are validated when books are remaindered 18 months after publication. Sometimes publishers know they have a hit before the book hits the shelves – and they’re often right. Sometimes it seems like editors are calloused, arrogant, and ego driven. Sometimes they have to be to get through the mound of work heaped upon them. They are a passionate group of people who love books and love their jobs. In fact I don’t think I know another group of workers who get up everyday so eager to get to work. I think they realize how special it is when an author hones their craft and tells a masterful original story but are equally annoyed when people do not spend the time and effort to polish their work.