A lot of great info and tips to any aspiring writer/artists out there amongst our readers!

Learn from the best when you can!

Appreciate the wisdom of the talented! 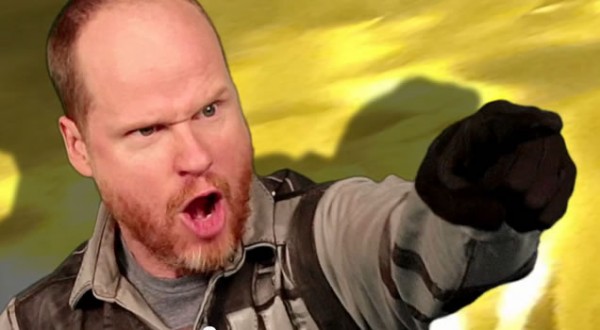 This original article can be found here.

Joss Whedon is most famous for creating Buffy the Vampire Slayer, its spin-off Angel and the short-lived but much-loved Firefly series. But the writer and director has also worked unseen as a script doctor on movies ranging from Speed to Toy Story. Here, he shares his tips on the art of screenwriting.

Actually finishing it is what I’m gonna put in as step one. You may laugh at this, but it’s true. I have so many friends who have written two-thirds of a screenplay, and then re-written it for about three years. Finishing a screenplay is first of all truly difficult, and secondly really liberating. Even if it’s not perfect, even if you know you’re gonna have to go back into it, type to the end. You have to have a little closure.

Structure means knowing where you’re going ; making sure you don’t meander about. Some great films have been made by meandering people, like Terrence Malick and Robert Altman, but it’s not as well done today and I don’t recommend it. I’m a structure nut. I actually make charts. Where are the jokes ? The thrills ? The romance ? Who knows what, and when ? You need these things to happen at the right times, and that’s what you build your structure around : the way you want your audience to feel. Charts, graphs, coloured pens, anything that means you don’t go in blind is useful.

3. HAVE SOMETHING TO SAY

This really should be number one. Even if you’re writing a Die Hard rip-off, have something to say about Die Hard rip-offs. The number of movies that are not about what they purport to be about is staggering. It’s rare, especially in genres, to find a movie with an idea and not just, ‘This’ll lead to many fine set-pieces’. The Island evolves into a car-chase movie, and the moments of joy are when they have clone moments and you say, ‘What does it feel like to be those guys ?’

4. EVERYBODY HAS A REASON TO LIVE

5. CUT WHAT YOU LOVE

Here’s one trick that I learned early on. If something isn’t working, if you have a story that you’ve built and it’s blocked and you can’t figure it out, take your favourite scene, or your very best idea or set-piece, and cut it. It’s brutal, but sometimes inevitable. That thing may find its way back in, but cutting it is usually an enormously freeing exercise. 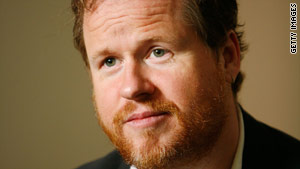 When I’ve been hired as a script doctor, it’s usually because someone else can’t get it through to the next level. It’s true that writers are replaced when executives don’t know what else to do, and that’s terrible, but the fact of the matter is that for most of the screenplays I’ve worked on, I’ve been needed, whether or not I’ve been allowed to do anything good. Often someone’s just got locked, they’ve ossified, they’re so stuck in their heads that they can’t see the people around them. It’s very important to know when to stick to your guns, but it’s also very important to listen to absolutely everybody. The stupidest person in the room might have the best idea.

You have one goal : to connect with your audience. Therefore, you must track what your audience is feeling at all times. One of the biggest problems I face when watching other people’s movies is I’ll say, ‘This part confuses me’, or whatever, and they’ll say, ‘What I’m intending to say is this’, and they’ll go on about their intentions. None of this has anything to do with my experience as an audience member. Think in terms of what audiences think. They go to the theatre, and they either notice that their butts are numb, or they don’t. If you’re doing your job right, they don’t. People think of studio test screenings as terrible, and that’s because a lot of studios are pretty stupid about it. They panic and re-shoot, or they go, ‘Gee, Brazil can’t have an unhappy ending,’ and that’s the horror story. But it can make a lot of sense.

Write the movie as much as you can. If something is lush and extensive, you can describe it glowingly ; if something isn’t that important, just get past it tersely. Let the read feel like the movie ; it does a lot of the work for you, for the director, and for the executives who go, ‘What will this be like when we put it on its feet ?’

Having given the advice about listening, I have to give the opposite advice, because ultimately the best work comes when somebody’s fucked the system ; done the unexpected and let their own personal voice into the machine that is moviemaking. Choose your battles. You wouldn’t get Paul Thomas Anderson, or Wes Anderson, or any of these guys if all moviemaking was completely cookie-cutter. But the process drives you in that direction ; it’s a homogenising process, and you have to fight that a bit. There was a point while we were making Firefly when I asked the network not to pick it up : they’d started talking about a different show.

The first penny I ever earned, I saved. Then I made sure that I never had to take a job just because I needed to. I still needed jobs of course, but I was able to take ones that I loved. When I say that includes Waterworld, people scratch their heads, but it’s a wonderful idea for a movie. Anything can be good. Even Last Action Hero could’ve been good. There’s an idea somewhere in almost any movie : if you can find something that you love, then you can do it. If you can’t, it doesn’t matter how skilful you are : that’s called whoring.”